Leanne Goose is from Canada's Western Arctic town of Inuvik, Northwest Territories. Leanne is a current student at the University of Alberta, Faculty of Public Health, Master of Arts in Community Engagement. She uses her studies to support her dedication to arts and culture. Leanne is also a multi-nominated singer-songwriter, musician, producer, storyteller, arts manager and communicator. Her work has been licensed to government, featured in film, books, radio and television.

Leanne’s drive is influenced by her western arctic cultures of the Inuvialuit and Sahtu Dene peoples. She grew up in a traditional home as a child, until she began playing music with her father at the age of 12. Leanne learned to manage the band on and off stage. Today she is a dedicated advocate for artists and organizations such as the Northern Arts and Cultural Centre as President, former Director at Music NWT, and various contributions to Indigenous arts and cultural organizations. 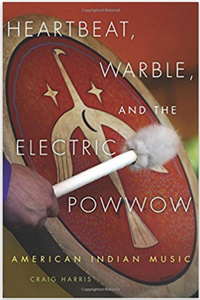